Almost two months ago Thread Theory released their new pattern: The  Finlayson Sweater. And I felt gravitated towards buying it. Mr.Man has a huge issue with buying hoodies as he has all these standards to them and can't find anything that he actually likes. Prude. So for a while now I have been meaning to make one for him but it has all been held up because of patterns(or lack of). I didn't feel like making one myself and so far I hadn't found one either(meaning no one has shoved a pattern into my face and said "LOOOOOOOOOOOOOOOOOOOOOK!")

So I got the pattern, yay. Only it had one problem. Mr.Man's nr1 criteria for a hoodie is that it has to zip up and not be a pullover(picky I know). But Finlayson doesn't have a zipper option. "Idon'tcare" I said to myself, I'm going to make it happen! So after some thinking, pattern hacking and actual sewing this thing came to life

It's a secret(almost) cosplay of Desmond Miles. Who doesn't like secret cosplay? I know-I know. It's not 100% accurate, but meeeh. It's not like he can wear white at work anyways. Well he could. But his work sometimes includes working with metal and the white would be not so white after one day. So practicality over accuracy. 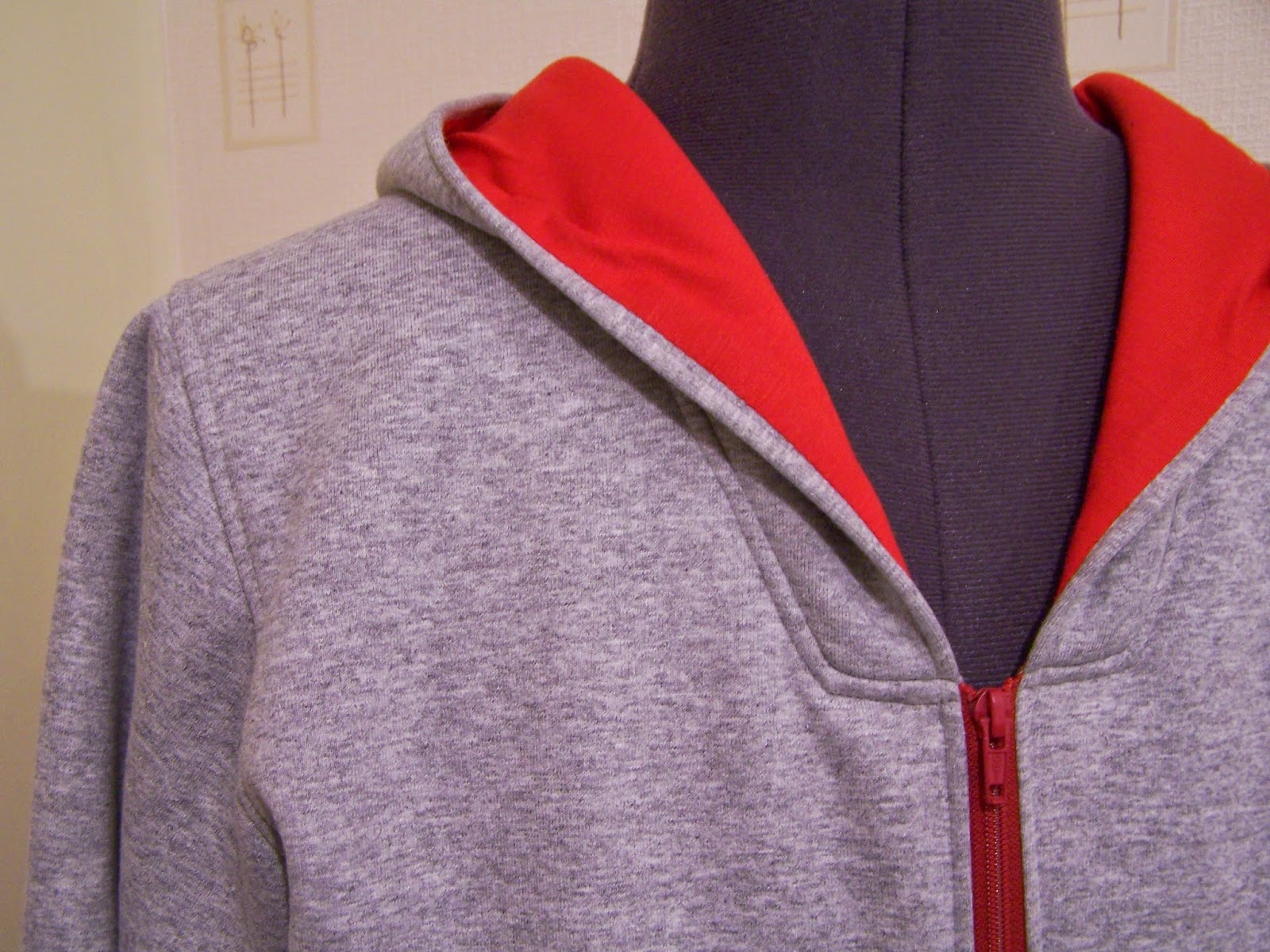 In order to make the sweater into a zip up hoodie, I had to change a few things. First, I cut the front bodice and the kangaroo pocket out with a seam line in the center, instead it being on fold. For these two pieces I didn't add seam allowance to the center line as the zipper would fill out what I lose with sewing the zipper. But I did have to slightly change the hood shape. I calculated how much I would lose when I skip the overlap of the hood bottom and just gradually connected the new seam line with the old one. Everything else went according to the original pattern pieces.

For the grey base fabric I used a cotton-viscose blend with fuzzy white layer on the inside, so this thing is bulky and so warm. For the sleeve and bottom cuff I used red cotton ribbing and for the hood lining I used some red viscose jersey I had lying around. I sewed the whole thing together on my sewing machine and I stitched all the seams down as I wanted to reduce bulk on the seam lines. And because they are stitched down there's no need for serging the seams. 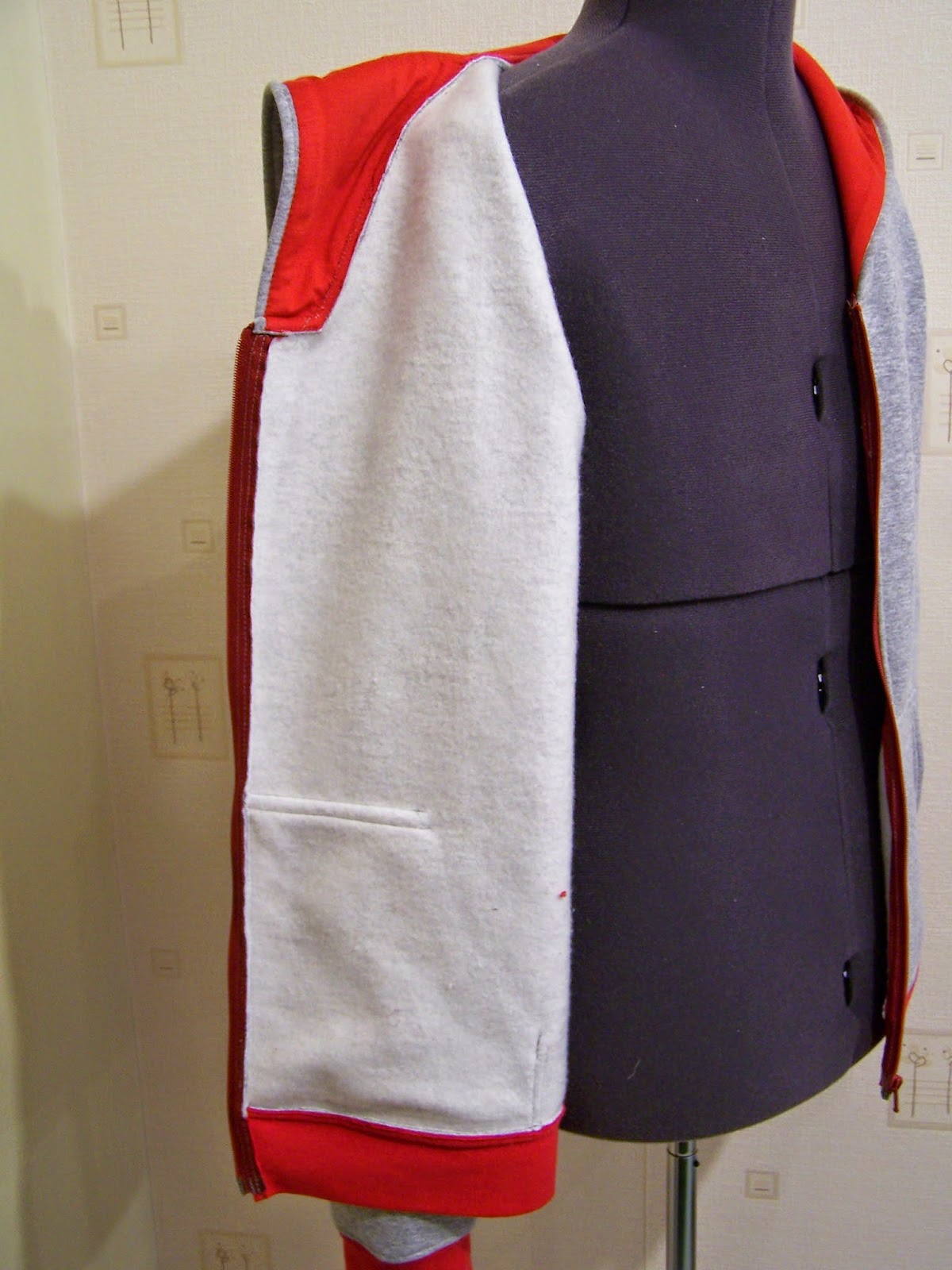 The zipper is unfortunately slightly darker than I would have liked but let me tell you. I am happy that there's a zipper there at all. This Finlayson comes with an epic tale of zipper fails. First I bought a nice perfectly red zipper. Only to discover that I had a short episode of terrible math. The zipper was five cm too long. No biggie, Past Me decided. I'll make the zipper shorter. Easier said than done because not did I only have problems with math on that day, I also had problems with thinking about what I was doing and I completely ruined the zipper. Go me(not)! When I finally gave up on that particular zipper, I realized that the fabric/notions shop was closed for the day and was closed on the next day. So I gathered all of my patience and put the project on hold for the time being. Come Monday, I went and got a new zipper. "HiIneedaredzipperforahoodie50cmlongplease" I basically screamed at the lady at the counter. She found the zipper, I gave her the money and practically ran back to the studio. I felt like finishing this hoodie asap meant life or death. So I stood at the table, started to pin the zipper and it was TOO SHORT!!! Dammit, the lady accidentally gave me a 45cm zipper. So I RAN back to the store and I never(and I mean NEVER) run. I got there only to realize that the only 50cm red zipper was this dark red one. Fine, I'll take it.  So that's the story of the NotQuiteRed zipper.

The hoodie was kindly modeled on Randy as Mr.Man is a bit camera shy and would rather be behind the camera. I guess I could make him do it but I won't torture the poor man.

Overall I really enjoyed making it, I have never in my life made a real hoodie before but I think it looks quite sharp and it got quite a few compliments from people who saw it on Randy while they popped by the studio. I'm sure I'll make another one sometime in the future(I guess I have to as well) and I have a bit of this fuzzy and comfy knit left so I might make something warm for  myself. Knit blazers, anyone? I also think that I'll rise the front neckline a bit next time so that it won't be as plunging.

What about you? Have you made a Finlayson yet? Are you planning to?
Posted by Fooniks at 18:50

I'd like to welcome new additions to my  Etsy Shop . Wrist pin cushions that are filled with steel wool and sharpen your pins as you u... 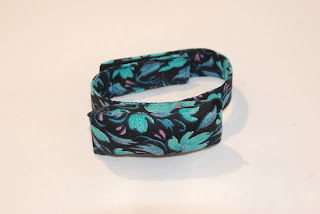